I was put in charge as the project manager of the venture via ferrata Heini Holzer by the tourist association of Schenna in South Tyrol - Italian Alps. My duties included helping out with the actual construction, organizing helicopter transport and materials needed, the creation of different sections on the climb itself and marking them with custom designed metal markers. I was also in charge of creating the brochure and the website for the via ferrata.

The 500 m long climb is perfectly secured with 1000 m of steel cable, is rated at medium difficulty (A - B – in some places B/C), and is suitable for the less strong alpinists or for families with enthusiastic young
climbers. An early riser, alpine experience and a good overall physical condition is a prerequisite for the ascent of the
climbing route. Along the ascent, there is no water and no escape routes. A withdrawal is possible only by down-climbing. The via ferrata is fully secured with steel cable, there are no passages which must be dealt with in unsecured terrain or by free climbing. Many steep and difficult sections have been mitigated with
steel clamps, which function as steps. Nevertheless, the last part of the via ferrata, the so-called Angel’s
edge, presents a very impressive rock passage.
The orientation of the via ferrata to the southwest allows for an early ascent of the route, and the climbingseason extends well into late autumn. The experienced mountaineer will even be able to access the Heini Holzer via ferrata during many winter months.
Read More 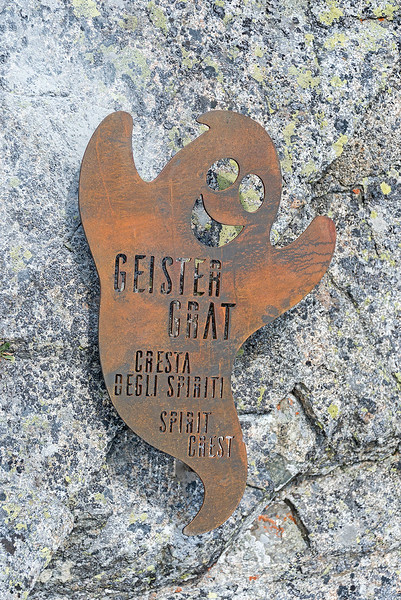 Section marker on the climb